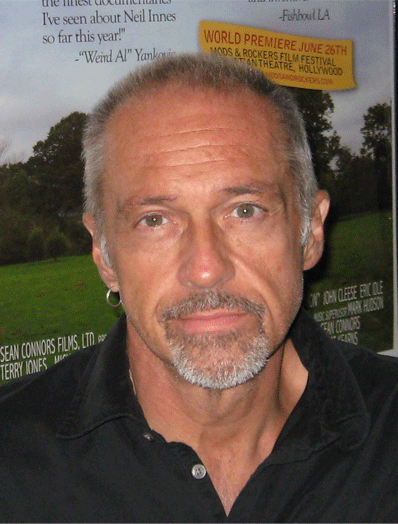 “I don’t want to make a film that says the American way is bad or doesn’t work. Doctors here do great things.  They do save lives.  I want to show that when it comes to cancer, there are alternatives, and recovery begins when you take your destiny into your own hands.”

Brett Hudson should know. A television and pop music star who found a second career as a television and film producer, his life changed in the summer of 2007, when he was diagnosed with Stage Four throat cancer.  With too much on his plate to let it stop him, and eager to remove the tumor for good, he gave himself over to the American medical establishment.  And plunged into Hell.

After weeks of grueling chemotherapy that shrunk his frame, took his hair, sapped his energy and wracked him with nausea that no medical marijuana could ease, all he could look forward to were brutal radiation treatments that would do irreparable damage to his body… possibly take his voice… or even kill him.

And then he got a call from Cher.  Yes, that Cher.  Brett’s old friend from his days as a 70s television star told him there was a better way.

It wasn’t the American way.  But it was a way that could kill his cancer– and not kill him in the process. The treatment would be far more precise and less invasive than what is offered in the States.  It would attack the tumor and not batter his body.  Brett wouldn’t lose his taste buds, his larynx, or have to learn to swallow again.   Brett was learning what his Hollywood colleagues had known for years:  Doctors at The Klinik did what U.S. doctors could not.

Days before he was set to be strapped to a table in Los Angeles for the first of seventy radiation blasts, Brett Hudson booked his trip.  His destination: a small private hospital in a charming village at the foot of the Alps: The Klink.

BRETT HUDSON (director, writer, producer) is a rare performer who made the transition to the other side of the cameras and made a success of doing it. With brothers Bill and Mark, he was one of The Hudson Brothers, network television comedy stars and Top 40 recording artists. Their CBS prime-time series, The Hudson Brothers Show, the summer replacement for The Sonny & Cher Comedy Hour, put them on the map and began a friendship with Cher that flourishes to this day.  The Hudson Brothers Razzle Dazzle Show led their friend John Lennon to dub them “The Kings of Saturday morning.”  Brett and his brothers later wrote, produced and starred in the hit international TV series, Bonkers, Showtime’s first comedy film shorts, and the 1983 film comedy, Hysterical.  He then moved on to a prosperous writing and producing career that included the Showtime series, A Family Tree; Fox Television’s Bizarre Moments, Hidden Videos, and Your American Pop Quiz; comedy specials including The Cindy Williams Comedy Special on the Family Channel, and in a return to performing with brother Mark, writing and producing King World’s off-the-wall comedy series, Offshore Television.  Brett also wrote sitcoms and film scripts and recently produced the popular DVD, Christian Comedy Live! Today, an unexpected Hudson Brothers renaissance is underway with the release of their Razzle Dazzle shows on DVD.