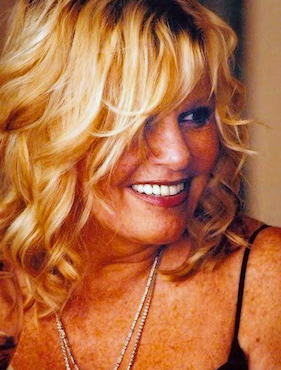 Diane Meyer (Simon) is a native of Nappanee, IN, and daughter of the late Irene E. Meyer Best and stepdaughter of Bill Best.  Diane graduated with a B.A. in Psychology from Butler University in 1968 on a four-year scholarship.  During the spring of 1968 (her senior year), ironically Diane cut an evening Shakespeare class to attend a Robert F. Kennedy rally at an inner-city park in Indianapolis.  The large crowd waited for hours in the unadorned park to finally see and hear Robert F. Kennedy make the chilling announcement that Dr. Martin Luther King Jr. had been assassinated.
Some years later, Diane was interviewed by the local Indianapolis CBS affiliate as a “Woman on the Move.”  Diane spoke of that dreadful day in 1968, crediting the experience and the words of Bobby Kennedy as the turning point in her life’s ambition.  No longer did she have the desire to attend grad school.  The day following Martin Luther King’s assassination, Diane took a leave of absence from Butler University.  She began working for the 1968 Robert F. Kennedy Presidential Road Show, as a traveling press/media assistant to Dick Drayne.  This allowed Diane to be on the road daily with Kennedy, along with national and international Press/Media throughout the campaign.

After the local interview, the CBS affiliate sent Diane a copy of an audio-free video footage from that evening in 1968.  She was also sent an audiotape of the same speech from a local radio station.  Diane put the two tapes together when doing a National network anniversary interview with the late Tom Petit and sent copies to all networks.  So, nearly two decades after that dreadful day, “For the first time in history the world could hear and see Bobby Kennedy as he calmed an integrated, frightened and furious crowd, and view the majesty in those moments of terrible, swift truth.”  In retrospect, following the strength of her convictions and the dynamics of her grounded emotions, this event lead Diane from a life in the small Amish community of Nappanee Indiana to national and global realms of public service.

The assassinations of John F. Kennedy, Martin Luther King Jr., and Robert F. Kennedy became tragedies that would forever change our world.  So, in 1968, Diane, though deeply depressed, decided to transform her grief into a positive surge of dedication.  Diane made a commitment to humane politics.

Fortunately, the Kennedy staff urged her to work for the most honest, decent, and wise leader, US Senator Birch Bayh.  Senator Bayh was running for re-election against the formidable William Ruckelshaus in 1968.  Diane continued serving Senator Bayh for twelve years.  During that time, she worked on the Sub-committee on Constitutional Amendments, which Senator Bayh chaired and was staffed by Dr. Jason S. Berman and the late Larry A. Conrad, Esquire and Chief Counsel.  During that time, the Sub-committee passed two Constitutional Amendments: “Presidential Succession & Disability” and the “18-Year-Old Vote.”  All the while, the Sub-committee was working on the Equal Rights Amendment and Electoral Reform, promoting the abolition of the Electoral College in favor of one-person/one-vote or Direct Election.

Diane operated in almost every aspect of the US Senate staff work, spent some time in graduate school until becoming Indiana Administrator of Birch Bayh’s office.  During this time, Diane Meyer married N. Stuart Grauel who had become Deputy Secretary of State to her friend Larry Conrad.  When Senator Bayh was not running for Senate or President, she would take leave to help Conrad and other Democratic Presidential Candidates, always returning to Senator Bayh’s office.  Her marriage ended in 1976.

Birch Bayh’s two Presidential campaigns sadly ended with the ongoing illness and passing of his wife, Marvella, to breast cancer.  After the 1980 election, Senator Bayh was one of the several liberal casualties of distortions, misinformation and ruthless attacks by the far-right wing Republicans — attacks made by the same Republicans who actively elected Dan Quale.

Diane has organized countless benefit fundraisers for state and national Democratic candidates.  She has anonymously donated food, clothing, education, housing, and adopted families, providing overall safety and care for many single-parent women and their children.  These were struggles with which Diane identifies, as she and her mother experienced homelessness when she was young.  She left a difficult childhood.  When she was almost five years old, her mother and Diane left to escape the abuse of her brilliant, but emotionally broken-down father.  Diane and her mother were forced to live with relatives for five years.  Diane was an only child, born to a French father who was a teacher, pilot and medical doctor and a French-Swiss mother was both a teacher and a nurse.

Whether it is her help with the well-aged or her support for the humane treatment of animals, Diane’s efforts continue to be widely recognized.  Her dedication to the pursuit of equal rights, civil rights, women’s rights and the rights of children remains active and ongoing.

Diane has devoted her life to numerous organizations and businesses spanning Indiana, where she was Indianapolis Woman of the Year, and California, where she moved in 1989.  Diane Irene Meyer Simon is Founder, President Emerita and Past Chair of Global Green USA.  Diane founded Global Green USA (GG USA) following a Moscow Board Meeting of Green Cross International (GCI), in August of 1993, with the Honorable Mikhail Gorbachev, President.  There, GCI Founder and President Mikhail Gorbachev personally enlisted her to organize a US affiliate and become a member of the GCI Honorary Board.  Since then, Diane has committed herself to personally spearheading the GG USA agenda and molding a message of international environmental responsibility for an American audience.

As President of Global Green USA, Diane brought to fruition a political career as a staffer, organizer, administrator, fundraiser, and strategist.  Over the years spanning 1993 to the present, Diane has remained the driving force in representing an agenda and a vision for Global Green USA and Green Cross International.

Today, Diane Irene Meyer Simon primarily lives in Montecito, California, and occasionally in Indianapolis, Indiana, where she maintains her second home.  Her marriage ended in 2000.  She shares her homes with her three children, Sarah Elisabeth, Rachel Mariam, and Asher Benjamin Meyer Simon.  Her children serve as her every inspiration and primary motivation to actualize an enlightened human race.  A human race with an understanding of the inter-relationship of humans with our living earth …this understanding must be achieved before we are the next extinct species.  Diane believes we must learn to lighten the human load, especially the US load, on the earth’s resources.  This final achievement is her deepest hope for her children and all children.