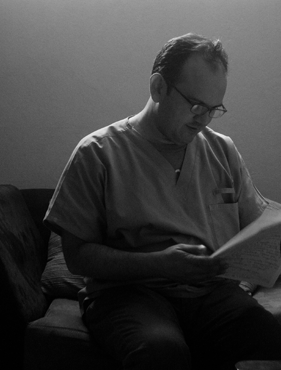 I was born in Colombia (South America) to Nicaraguan parents (Central American), so I was predestined to be a dualistic individual in many ways and to have life experiences in two different countries. I have native central American and Spanish ancestry, so my roots were nurtured by two very distinct cultures.

I grew up in Nicaragua during a ruthless dictatorship (Somoza´s rule) and got accustomed to hearing terrible stories about disappearances-murders-imprisonment to government opposition leaders.  When I was eight years old, a civil war struck our lives and I remember the sound of artillery less than five miles away from my home and saw the smoke in the distance after the bombing … A left-wing revolution took over and ten years of hard times began, with many of our relatives leaving the country to seek a better future.  I saw friends going to a new war as volunteers, as violence was part of our daily lives and so was pain (physical and emotional).

After I graduated from high school I decided to enter medical school and the conditions were favorable to move south for higher education under more and better opportunities in Colombia; the ironic part of it was that I was arriving at a war-torn country by historical left-winged guerrillas in the mountains and drug cartels and violence in the city. I attended a prestigious state university medical school in the most violent city in the hemisphere at that time (Cali), so from early on in my medical training I was widely and intensely exposed to all sorts of physical and emotional trauma (gun and stabbing wounds, vehicle accidents, PTSD and so on). After completing medical school, I moved to the high Andes mountains for rural medical service and lived among indigenous communities for more than a year, also in a war zone, and faced the uncertainties and day-to-day realities of distant villages surrounded by guerrillas. A few years later I attended my residency training in psychiatry in the most influential psychiatric hospital of southwestern Colombia which was a center of reference for the most severely mentally ill many of whom were living the aftermaths of urban violence and war in the hills.

During the 15 years I have lived between my two nations (Nicaragua and Colombia), practicing psychiatry and having academic appointments in both countries; I served as scientific advisor on the board of directors of the Nicaraguan Psychiatric Association from 2012-2014 and was part of the first multidisciplinary neuroscience team in Nicaragua´s history where we worked both in clinical practice and research. Recently I moved back to Cali (Colombia) to work in a consultation-liaison group in a tertiary care facility and to join the Universidad del Valle, Department of Psychiatry as a professor.

One of my motivations to join the efforts of Global Pain Initiative is to raise awareness about the danger of an opioid misuse epidemic in Latin America and to generate active involvement of psychiatrists in the treatment of chronic pain.