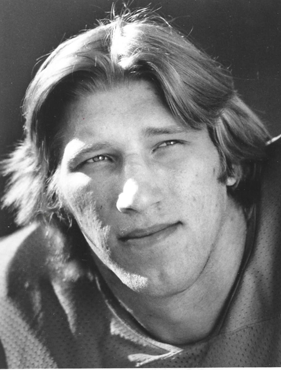 Tom Glassic played professional football for The Denver Broncos from 1976-1983. He was a first-round draft pick in 1976 and played starting Guard for The Broncos until he retired in 1983, due to injuries he sustained from playing football.

Tom was starting guard on Denver’s groundbreaking 1977 team, the first to make the Super Bowl and the one that generated an “Orange Crush” of wide-eyed, perhaps even naive enthusiasm in an evolving city with an inferiority complex.

Since retiring, Tom has undergone multiple surgeries on his knees and back, most of which were focused on or around his back. He has had his spine fused in two different areas and lives with the consistent presence of pain.  Tom states “I walk around with a permanent 5 on the pain scale.”

Tom uses various treatments to deal with his pain. Included are daily use of a hot tub, soaking for up to two hours a day; use of pain relievers only when he needs to, but mainly uses alternative medicine to treat his pain.

Tom wants to share his “unique” view on his pain and help bring awareness to the treatment and control of pain.