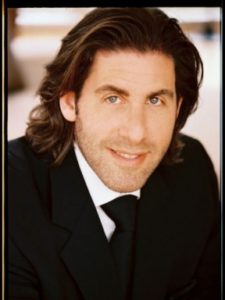 Leonard A. Farber, M.D. is a Board Certified Radiation Oncologist and the Director of Radiation Medicine and Oncology at NYC Surgical Associates. After receiving his B.S. and B.A. at the State University of New York at Binghamton, Dr. Farber pursued his M.D. at the Mt. Sinai School of Medicine in New York. Following an internship in internal medicine at Beth Israel Medical Center in New York, he completed a residency in Radiation Oncology at the Hospital of the University of Pennsylvania in Philadelphia, where he served as Chief Resident. Prior to embarking on The Farber Center for Radiation Oncology, Dr. Farber Served as Chairman of Radiation Oncology at Staten Island University Hospital, of the NSUH/LIJ Health System.
Dr. Farber’s published writings and lectures have focused on SBRT for prostate cancer, HDR brachytherapy, pancreatic and bile duct cancers, head and neck cancer, breast cancer, Positron Emission Therapy (PET), and cardiovascular radiation. He has served as principal investigator on many clinical trials and has been on the forefront of the HDR treatment for various types of malignant and benign conditions and SBRT for various malignancies and sites. He is a member of the American Society for Therapeutic Radiology and Oncology, the American College of Radiation Oncology, the American Brachytherapy Society, the International Society of Gastrointestinal Oncology, the New York Cancer Society, the New York Metropolitan Breast Cancer Group, and several others. He now serves as Chief Medical Officer for Woodmont Pharmaceuitcals, Inc., with clinical trials focusing on allergy immunotherapy. He is on the scientific advisory board for several organizations.
Dr. Farber specializes in adult radiation oncology, with particular focus on cancers of the prostate, breast, lung, skin, and gastrointestinal, and gynecologic malignancies. He has special interest in High Dose Rate (HDR) brachytherapy for various types of cancers, including breast, skin, and gynecologic malignancies, and intracranial and stereotactic body radiation therapy (SBRT). He and his center were the first and only facility in Manhattan to introduce a 5-day hypo fractionated SBRT program for prostate cancer treatment. He has implemented volumetric arc therapy (VMAT) in the treatment of benign parotid enlargement/hypertrophy, a disfiguring condition affecting a variety of patients, especially within the HIV+ community. Most recently he has been involved with the utilization of SBRT with immunotherapy in the setting of metastatic disease.
Dr. Leonard A. Farber, M.D. was formerly with the Division of Radiation Oncology at Weill Cornell Medical College as Assistant Professor of Radiation Oncology and Clinical Director of Radiation Oncology at New York Presbyterian, Lower Manhattan Cancer Center, 21 West Broadway. This location has served as the first and only freestanding state-of-the-art radiation oncology center of its kind in Manhattan. In addition to having the only Elekta Infinity Linac for external beam radiation oncology and the only Nucletron Flexitron HDR brachytherapy system, the center offers an integrative approach to radiation therapy in a soothing and comfortable healing environment.