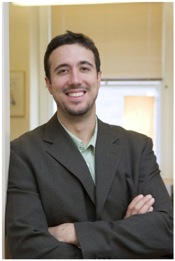 Director of the Cognitive and Affective Neuroscience Laboratory at the University of Colorado, Boulder

Dr. Wager is the director of the Cognitive and Affective Neuroscience laboratory at the University of Colorado, Boulder. He received his Ph.D. from the University of Michigan in cognitive psychology, with a focus in cognitive neuroscience, in 2003. He joined the faculty of Columbia University as an Assistant Professor of Psychology in 2004, and was appointed Associate Professor in 2009. In 2010, he joined the faculty of the Department of Psychology and Neuroscience at the University of Colorado Boulder. His research focuses on how expectations shape responses to pain and emotional cues in the brain and body. Peer-reviewed publications include work on brain mechanisms of placebo analgesia and the cognitive regulation of emotion and attention.

The mission of our lab is to investigate the brain pathways that underlie the generation and regulation of pain and emotion. One line of work concerns how cognitive and motivational factors influence the way in which painful stimuli and other aversive events are processed in the brain and body. Two related lines of work involve developing biomarkers for pain and emotion, and studying the roles of conceptual knowledge and learning in pain perception and avoidance behavior. A fourth line of work investigates the cortical-subcortical circuits involved in social evaluative threat. Recent and ongoing studies combine measurements of emotional behavior and self-report, brain activity (measured with fMRI, or, less frequently PET or EEG), and peripheral physiology, including measures of autonomic and endocrine activity. Our lab has a particular emphasis on developing and using new analysis methods to gain a clearer picture systems-level interactions among brain regions. We are also engaged in collaborative, translational research incorporative brain systems-level analysis into the study of clinical disorders, including PTSD, depression, schizophrenia, and borderline personality disorder.